A couple of weeks ago I had the privilege of being interviewed on Book Club Babble’s “Author’s Cut Live” with author Tabitha Lord. It was a rip, as we got to trade notes on our writing process, working for a client, and navigating the self publishing world. Check it out:

You can also read my full Author Spotlight interview on Book Club Babble with Tabitha here: 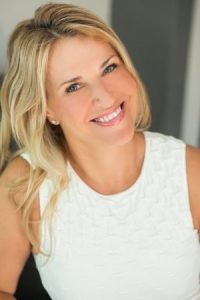 Tabitha currently lives in Rhode Island, a few towns away from where she grew up. She’s married with four great kids, two spoiled cats, and lovable black lab. She holds a degree in Classics from College of the Holy Cross and taught Latin for years at an independent Waldorf school where she now serves on the Board of Trustees.

Her debut novel, HORIZON, won the Writer’s Digest Grand Prize for Self-Published fiction in 2016, and was named a finalist in the Next Generation Indie Book Awards and the Indie Excellence Awards. The sequel, INFINITY, was released in June 2017. She also has short fiction published and soon-to-be-published through World Weaver Press, Grimbold Books, and Belanger Books.

You can visit her author blog at www.tabithalordauthor.com where she host guest bloggers and discuss favorite topics including parenting and writing craft, and follow her on www.bookclubbabble.com where, as a senior writer, she post author interviews, reviews, and more.