What should I read first?

If you’re into a sci-fi odyssey/buddy-comedy/love-story, and don’t mind a smattering (okay, it’s a lot) of f-bombs (although as the author I’ll say that each and every one serves a purpose and was carefully considered), start with Where the Hell is Tesla? It hit #8 on the Audible.com charts, and according to their editors, it’s a cult favorite (I didn’t say it, they did, I swear!). It’s a complete trilogy, but you can stop at the first book (no cliff-hangers, I promise), or if you like what you see, you can tag along with Chip and the gang for three big, giant, insane adventures.

If you’re into a smart, funny, rolicking adventure somewhere between Willy Wonka and the Hunger Games (but without all the death), go for You’re Going to Mars! It hit the coveted #1 spot on Audible.com’s charts, and from the reviews, it seems lots of folks dig it.

If you’re in the mood for a more classic sci-fi tale (but still with lots of action and comedy), give The Wrong Unit a go. It’ll make you nostalgic for Isaac Asimov, and give you all the feels, I promise.

There’s also my first volume of short stories, which I guarantee will have you scratching your head (in a good way); and my children’s book Alphabert; and of course, my anti-self-help book Unleash The Sloth! 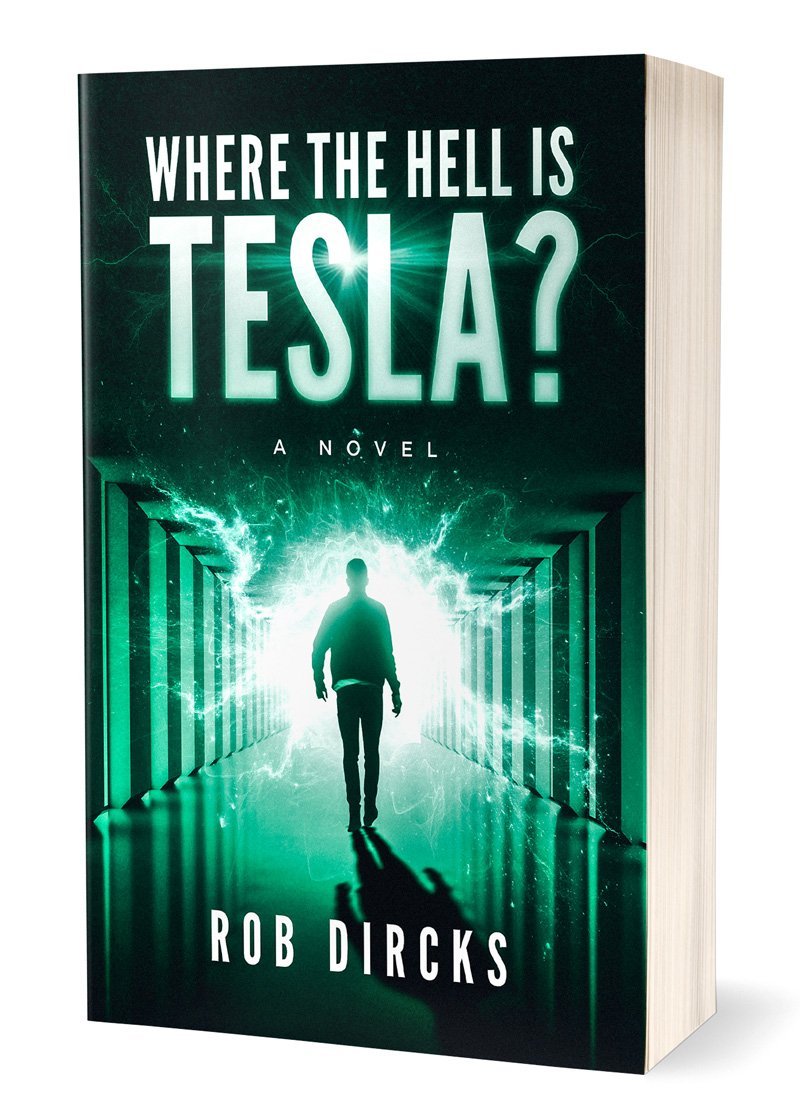 SCI-FI ODYSSEY. COMEDY. LOVE STORY. AND OF COURSE… NIKOLA TESLA. I’ll let Chip, the main character tell you more: “I found the journal at work. Well, I don’t know if you’d call it work, but that’s where I found it. It’s the lost journal of Nikola Tesla, one of the greatest inventors and visionaries ever. Before he died in 1943, he kept a notebook filled with spectacular claims… 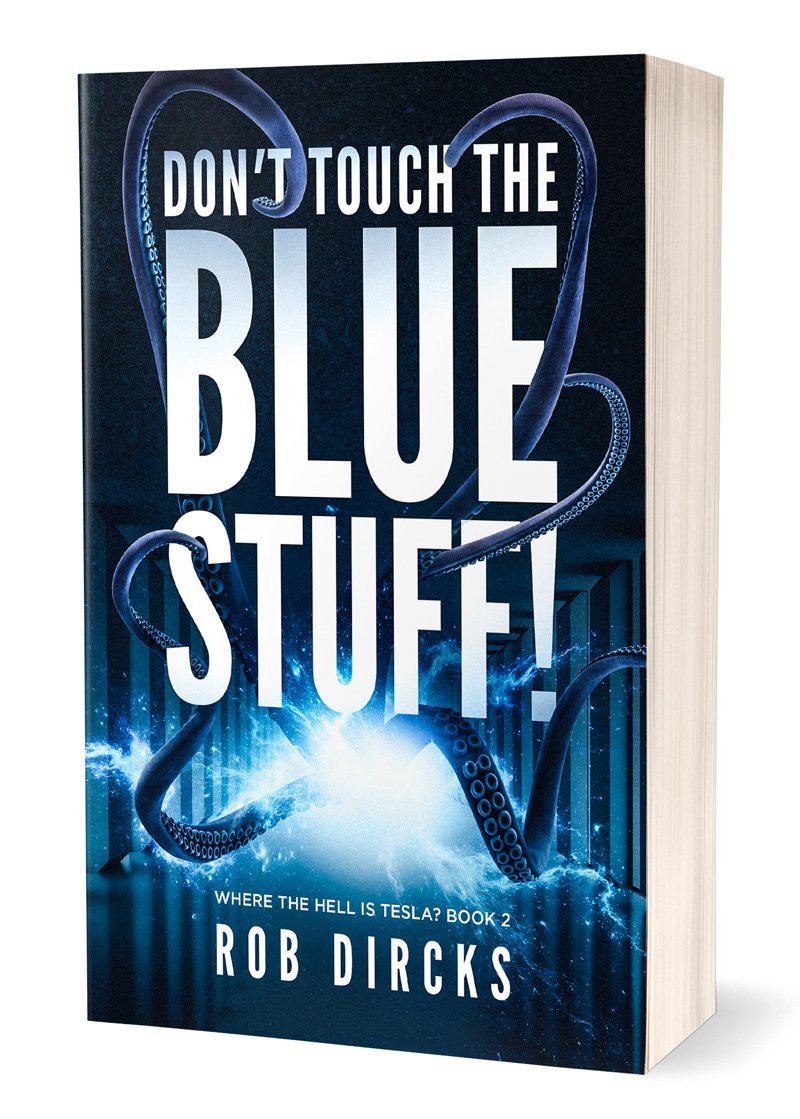 Don’t Touch the Blue Stuff! (Where the Hell is Tesla? Book 2)

The sequel to Where the Hell is Tesla? is HERE!

SOMETHING CALLED THE “BLUE JUICE” IS COMING. FOR ALL OF US. Luckily, me (Chip Collins), Pete, Nikola Tesla, Bobo, and FBI Agent Gina Phillips are here to kick its ass, and send it back to last Tuesday. Maybe. Or maybe we’ll fail, and everyone in the multiverse is doomed. Seriously, you might want to get that underground bunker ready… 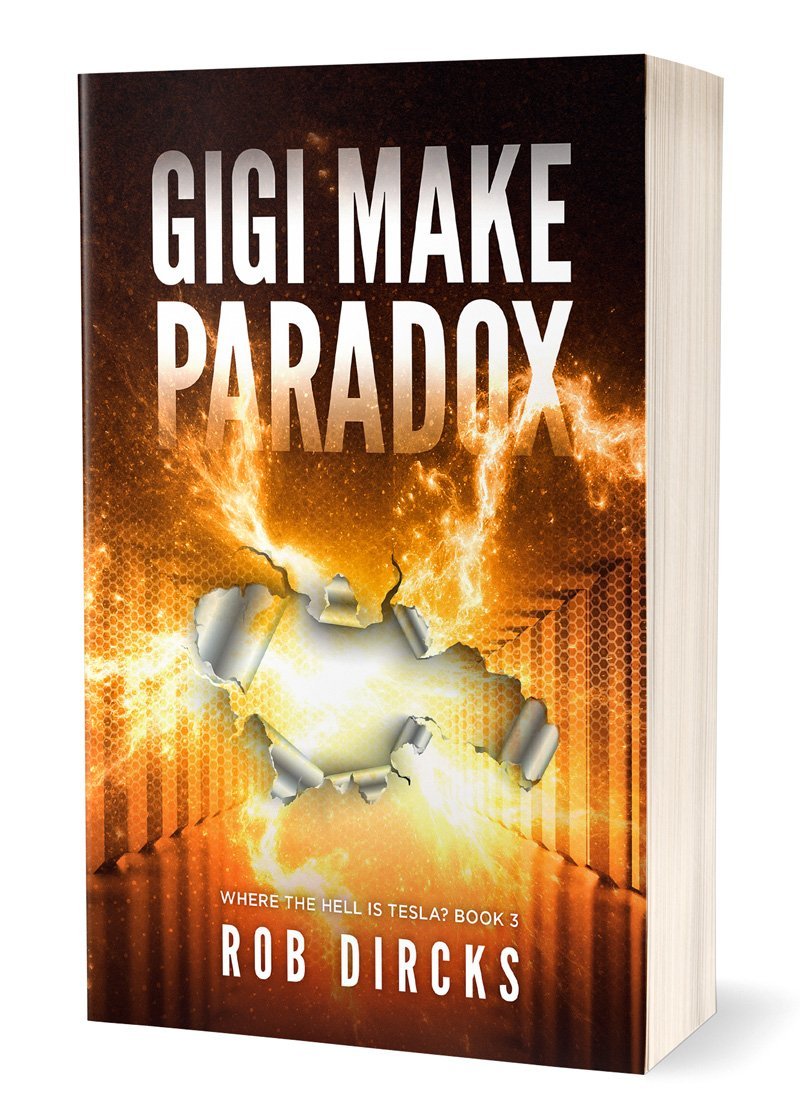 The final chapter of the Where the Hell is Tesla? trilogy is HERE!

Listen, having kids is great, my little Gigi Collins and Pete’s daughter Hannah are sweet little fluffs of cotton candy, spun from the silk of fairy spiders who live in the clouds. But MAN, can they cause trouble. Seriously, you’d think a two-year-old couldn’t possibly threaten the very existence of our physical reality, but, well, you know where this is going. 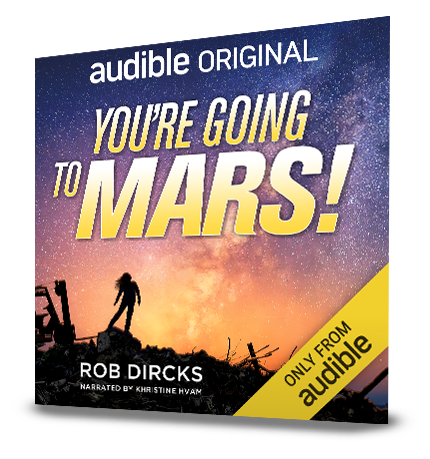 Living and slaving in Fill City One, you get used to the smell. We call it the Everpresent Stink. But every once in a while, on a spring day with a breeze, it clears away enough to remind us that there is something more out there. Most Fillers’ wildest dreams would be just to get past the walls and live in the mainland. But my dream? It’s a little bigger.

Well, I’m only going to Mars if I can find… 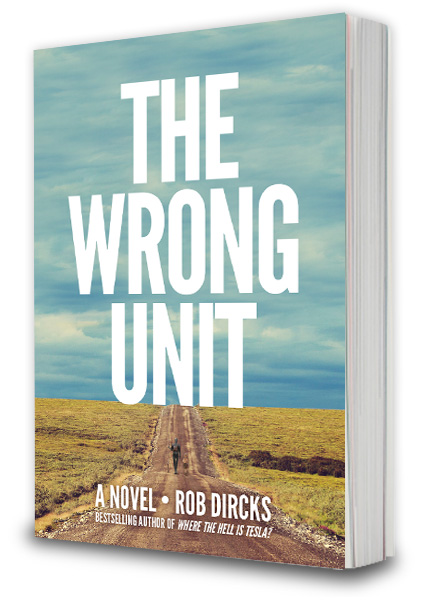 The Wrong Unit: A Novel

I DON’T KNOW WHAT THE HUMANS ARE SO CRANKY ABOUT. Their enclosures are large, they ingest over a thousand calories per day, and they’re allowed to mate. Plus, they have me. An Autonomous Servile Unit, housed in a mobile/bipedal chassis. I do my job well: keep the humans healthy and happy. “Hey you.” Heyoo. That’s my name, I suppose. It’s easier for the humans to remember than 413s98-itr8. I guess I’ve gotten used to it… 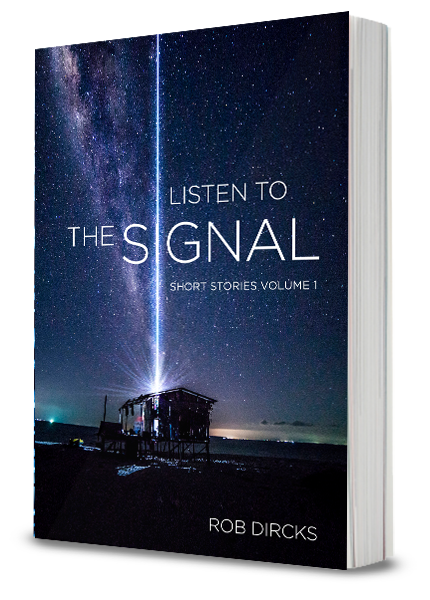 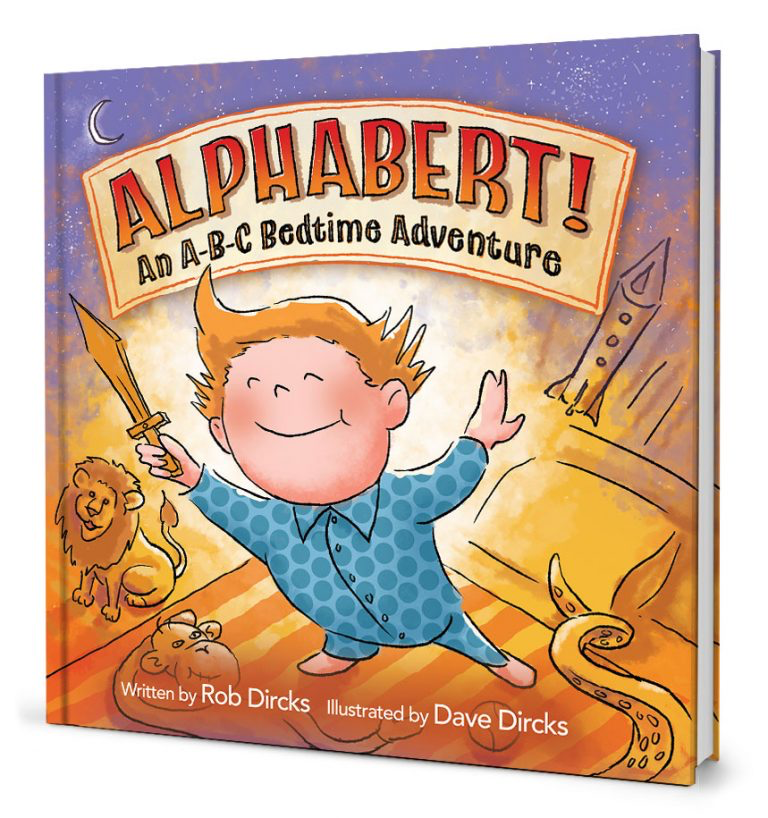 Me and my brother Dave have teamed up again – this time with our very first children’s book! Alphabert! An A-B-C Bedtime Adventure is the story of Albert, a kid – like all kids – who just doesn’t want to go to bed. Using the alphabet and his vivid imagination, Albert embarks on various adventures, learning that nothing’s really better than a good night’s sleep… 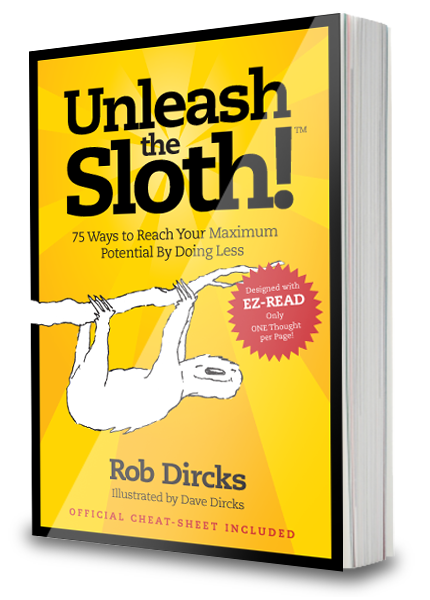 Unleash The Sloth! 75 Ways to Reach Your Maximum Potential By Doing Less

It’s the self-help book you’ve always wanted. The one that tells you’re fine just the way you are – and that you can probably get away with doing even less. It sounds like a paradox, I know. But just look at the mighty sloth, who makes no excuses for who he is – and becomes everything he needs to be. And now it’s your turn…