The latest FREE audio sci-fi short, “This Is Only A Test,” posted to Listen To The Signal Podcast

Hey, Rob here. For a long time now, there’s been the awareness that what happened to the dinosaurs – an extinction-level event caused by an asteroid impact – could happen again. In fact, it doesn’t seem to be a matter of if, but of when. A hundred years? A thousand years? A hundred thousand years? In the movies Armageddon and Deep Impact (both strangely released in the same year, 1998), we triumph over the threat by nuking a huge asteroid into pieces. In reality, a nuclear explosion as a planetary defense is potentially unpredictable. What if the asteroid doesn’t break into the pieces we’d like it to? So… fast forward to yesterday, November 23, 2021, and NASA launched a different kind of test: slamming a spacecraft into an asteroid to deflect its path, just a fraction of a percent, but enough to make a difference. The asteroid they’ve chosen is, unsurprisingly, not on a collision-course with Earth, so it poses no threat. I repeat: it poses no threat.

Happy Halloween! So a friend of mine texted me and he’s like, “Dude! Do a story about this creepy island I’m working on!” Usually I’m like okay, great, thanks, whatever, and then I do what I want. But this time he got me. See, his job is to map areas, and he told me about Hart Island. It’s a tiny island off the coast of the Bronx in New York City, in the Long Island Sound, and it’s basically a giant mass grave…

We did it! Flew an aircraft on another freaking planet! In celebration of this first flight, I’ve got a brand-new short story about the Mars rover and the Ingenuity helicopter. Even cooler than the fact that they STRAPPED A HELICOPTER to a rover going to Mars — they fastened an actual swatch of fabric from the original Wright Brothers Flyer to the underside of its solar panel! (Okay, maybe not cooler, but additionally cool.) So that got me thinking: I know they’re super careful about not letting bio material contaminate the moon or Mars, but what if, for this tiny swatch, they sort of forgot to check? What might happen?…

The latest FREE audio sci-fi short, “The Other Ted,” posted to Listen To The Signal Podcast

Hey, Rob here. Have I got a treat for you! I’ve finally branched out and collaborated with some great folks on a story. Wendy Mass, NY Times bestselling author, reached out to me last year to co-author a short sci-fi story to submit to the talented Alex Shvartsman, who was publishing the latest in his anthology series Unidentified Funny Objects. So we came up with a story in correspondence, from an alien liaison to the U.S. President, about the impending colonization of Earth and how wonderful it would be. We were just having fun, but it turned out pretty damned good, so Alex accepted and published it. And now, with myself and the narration of Audie-award-winning Khristine Hvam, I present… “The Other Ted.”

Hey, Rob here. I’ve been sitting on this Bloomberg Businessweek article for a couple of years, not knowing what to do with it. It’s the true story of the Chinese government’s spy infiltration of major companies and government agencies in the U.S. through the use of a tiny, undetectable chip placed on computer motherboards. I couldn’t even believe it when I read it. Anyway, I started thinking, “What if they could make that technology even smaller? Even more undetectable? What would the limit be? Would there even be a limit…”

The latest FREE audio sci-fi short, “I, Reggie,” posted to Listen To The Signal Podcast

Hey, Rob here. So you know how it goes, I get myself down an Internet rabbit hole, and I wind up on this thought problem called The Ship of Theseus. I won’t tell you what it is, it’s in the story, but it reminded me of that factoid that every seven years all of our cells are replaced, the old ones dying and the new ones growing, and we’re essentially a new person. Now, we humans don’t notice it, but… 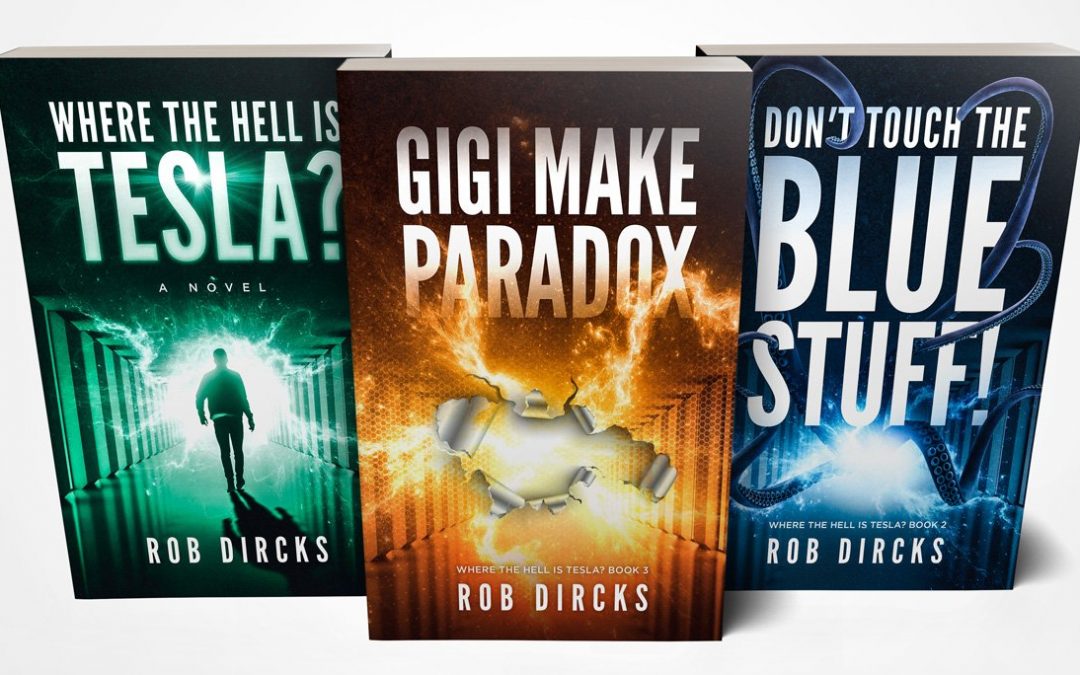 The Audible Bestselling trilogy comes to a close! (Or does it?) Listen, having kids is great, my little Gigi Collins and Pete’s daughter Hannah are sweet little fluffs of cotton candy, spun from the silk of fairy spiders who live in the clouds. But MAN, can they cause... 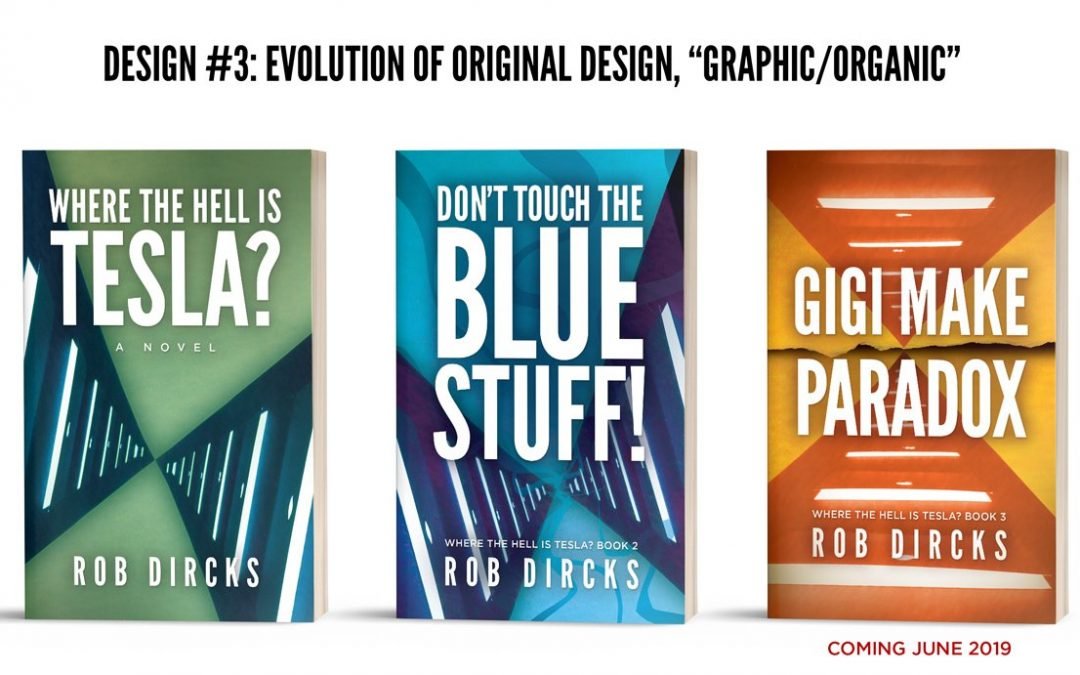 Which one do you like? (I’m redesigning the Tesla trilogy covers and would love your input!)

It’s a sci-fi odsyssey. Comedy. Love story. And of course… it’s got Nikola Tesla. Through two adventures -- Where the Hell is Tesla? and Don't Touch the Blue Stuff! -- you've followed Chip, Pete, Nikola Tesla, Bobo as they try (and mostly succeed) to save the...